On September 18, 2015, the 12th China ASEAN Exposition was opened in Nanning, Guangxi. CAEXPO TV business partner GHS channel once again participated in the expo following its first appearance in 2014, and it officially launched a brand promotion on the morning of September 20. Nearly 100 exhibitors from China and ASEAN involving food, home furnishing, kitchen, beauty and makeup, etc. took part in the brand promotion, hoping to further open the Chinese market. 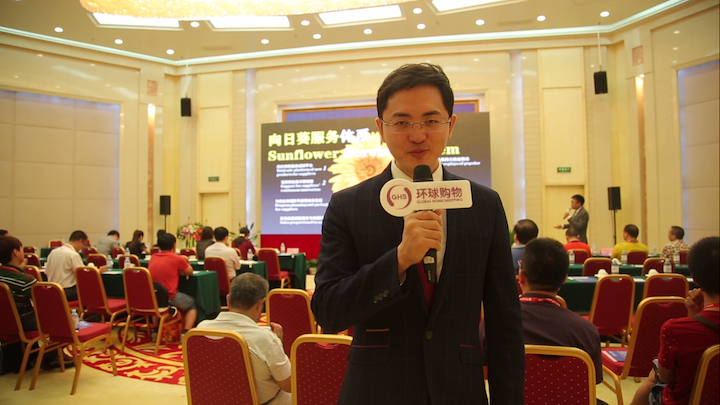 It is reported that GHS not only owns a standard TV shopping channel covering the whole country, but also runs online mall, mobile shopping APP and other new media, and it selects high-quality commodities throughout the world for consumers. At present, ASEAN commodities being sold by GHS include Thailand’s rice, Singapore’s Bintan Island tourism products, Laos’ rosewood chairs and Vietnam’s coffee, which are very popular among consumers.

“GHS and CAEXPO have maintained a good relation. This time, as CAEXPO’s TV business partner, we also hope to use our full-media retail platform to introduce more ASEAN brands to domestic consumers, and play a bridge role,” said relevant head of GHS.

An interview with Deng Jiangtao, Director of GHS Marketing Department in Beijing

It is known that in China’s huge consumer market, TV shopping channel is becoming the choice of many overseas brands to enter the Chinese market due to its strong market potential. “These days we have also watched GHS channel’s programs in Guangxi. They are very attractive and the commodities are fully displayed there. We are a foreign brand and not very famous in China, so we yearn for a platform like GHS which can both promote and sell products to help us enter the Chinese market,” said an exhibitor from Malaysia.

To ensure that overseas enterprises successfully export commodities to the Chinese market, GHS specifically developed a one-stop investment-inviting solution for ASEAN exhibitors. “We have a professional culture media company which can help these overseas manufacturers to complete the localization strategy of brand packaging, and our trade company can also help them to expand sales channels,” said the head of investment-inviting & cooperation at GHS.

Prior to this, Xu Ningning, Executive President of China-ASEAN Business Council affirmed in an interview the role of full-media shopping enterprises like GHS in CAEXPO trade economy.

In fact, GHS’ focus strategy of “global home supplies sale channel” determines the openness of its commodity supply chain. As early as this May, GHS held an overseas investment-inviting conference in Seoul, Korea, and set up in Korea a cross-border trade platform - GHS Office in Korea, which is responsible for the development and introduction of Korean local commodities. According to introduction, the CAEXPO this time was themed with “co-building the maritime silk road of the 21st century, and co-creating the beautiful blueprint for maritime cooperation”. As the TV business partner of the CAEXPO, this was the second time that GHS participated in the expo followed by last year.