September 24, 2017, Beijing, China -- today, the 2017 China Open officially started in Beijing, as the most watched mixed tennis tournament after the US Open, the 2017 China Open not only has the super and splendid players, but also attracted nearly 50 sponsors and partners. Among them, as the only TV shopping enterprise which became the supplier of China Open, GHS also appeared in the field of international super tennis tournament. 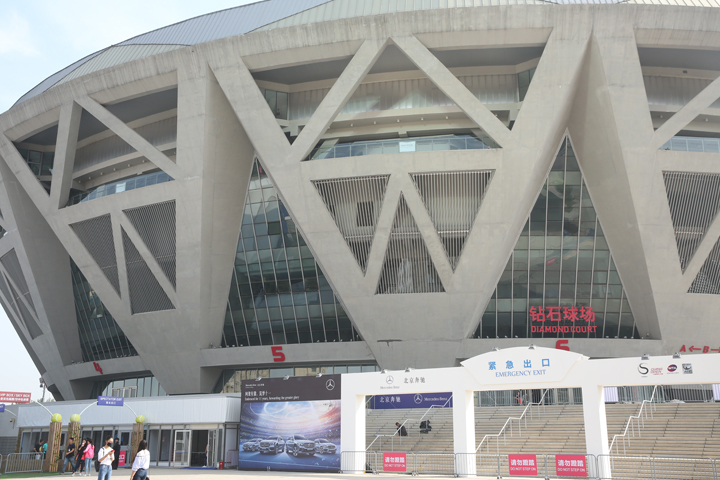 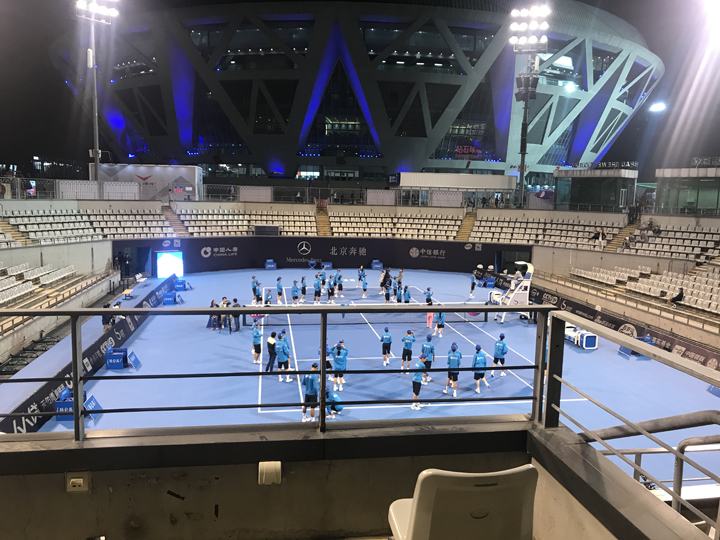 In the 2017 China Open, GHS meticulously created an interactive experience zone, and provided a variety of on-site activities, including commodity trial, new media interaction, etc., which attracted a flood of media and tennis enthusiasts. One audience Mr. Sun said, “It’s my great honor to watch the international tennis tournament, and thanks to the welfare of GHS, we will continue to support GHS and China Tennis.” “It is understood that during September 14 to September 28, some consumers participated in the turntable activities to extract 2017 China Open enjoy tickets through the GHS APP, and Mr. Sun is one of the lucky consumers.

In the previous GHS sponsoring China Open signing ceremony, deputy general manager of GHS, Song Ziyang said, GHS is serving for people who love life and pay attention to the quality of life. This kind of people who have high-income and high educational level is the same kind of people covered by the China Open. Meanwhile, the sports spirit of never give up advocated by the China Open is fit with the non-stop spirit of GHS. It can be said that the cooperation between GHS and China Open comes very naturally.

Actually, GHS is arranging the overseas market, actively respond to the “The Belt and Road Initiative”. The deputy general manager of GHS, Song Ziyang said in an interview, “internationalization is one of the important strategies this year, therefore we hope to cooperate with major international events like China Open. It can be said that the cooperation with China Open is also an important symbol of the internationalization of the brand image of GHS.”

It is understood that on September 20, 2017, GHS has acquired citrussTV, the largest TV shopping company in Dubai, the United Arab Emirates, formally enter the Middle East and North Africa market. Since then, GHS will expand the international market under the guidance of the "The Belt and Road Initiative", helping the China's TV shopping industry to go global.

2017 China Open will continue until October 8, today men and women singles have entered the 1/4 finals competition, Nadal, Halep, Elina Svitolina, Dimitrov 1and other popular players will appear soon. As for women’s doubles, Peng Shuai & Mirza, Xu Yifan & Dabrowski these two pairs will challenge the semi-finals, the winner of the 2017 China Open will coming soon!